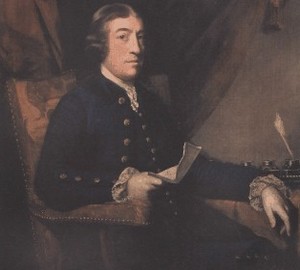 Reynolds (1723-1792) an outstanding British painter who organized the London Academy of Arts and became its first president. At first, the master studied his works of Rembrandt, Rubens, and Venetian painting of the 16th century.

Having rethought the baroque traditions of the parade portrait, Reynolds collaborated in his own works with the grandeur of the plan with the freedom to transmit more. “Portrait of James Bourdieu” differs in narrow psychic expressiveness and reflects the creator’s idea of ​​an impeccable human personality. The true and current image of the model is embodied by a free light brushstroke, warm and juicy color. The composition seems lively: the hero is depicted as if he took the letter in his hand a second before looking at the viewer."