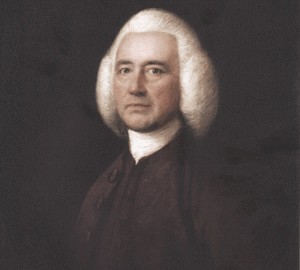 Gainsborough’s own career (1727-1788) began as a landscape painter, later becoming a real master of portraiture. The original style of the portraitist, developed under the influence of Anthony van Dyck and Antoine Watteau, is distinguished by inspired accuracy in conveying the attractiveness of the model and its spiritual movements. In the heroes of various public positions and ages, the viewer guesses the features of morals, inner freedom, strength.

The presented portrait, which depicts a man in a wig, refers to a number of works written for 1760-1770. For this step of the artist’s creativity, terrible moderation and simplicity are characteristic, contrasting with the high-paced style of the mature period, the colorful technique of which was distinguished by its unique lightness, tenderness, the play of small multi-colored strokes, mother-of-pearl colors, and rich reflexes."